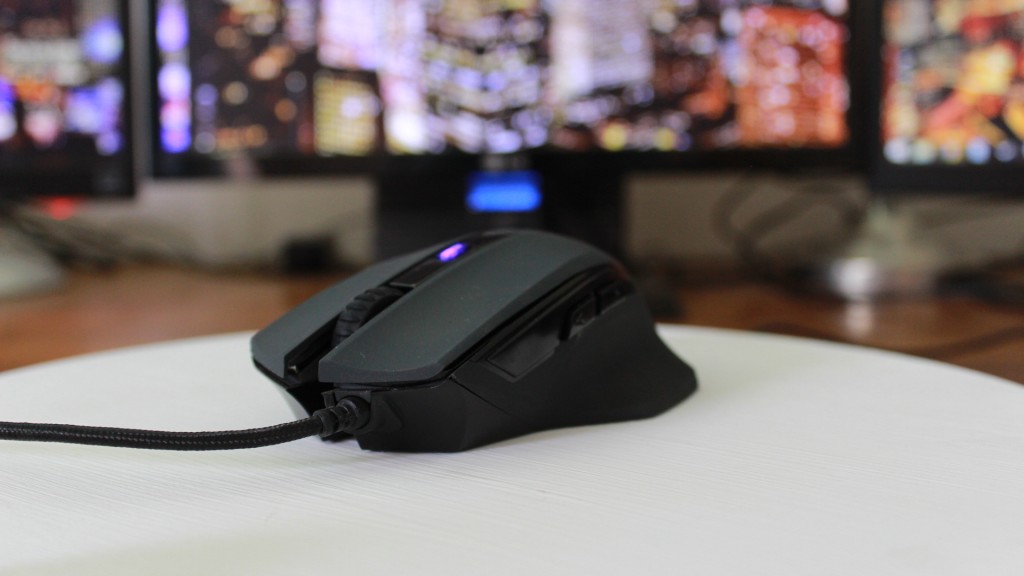 Included in the box is the mouse and some additional mouse feet. 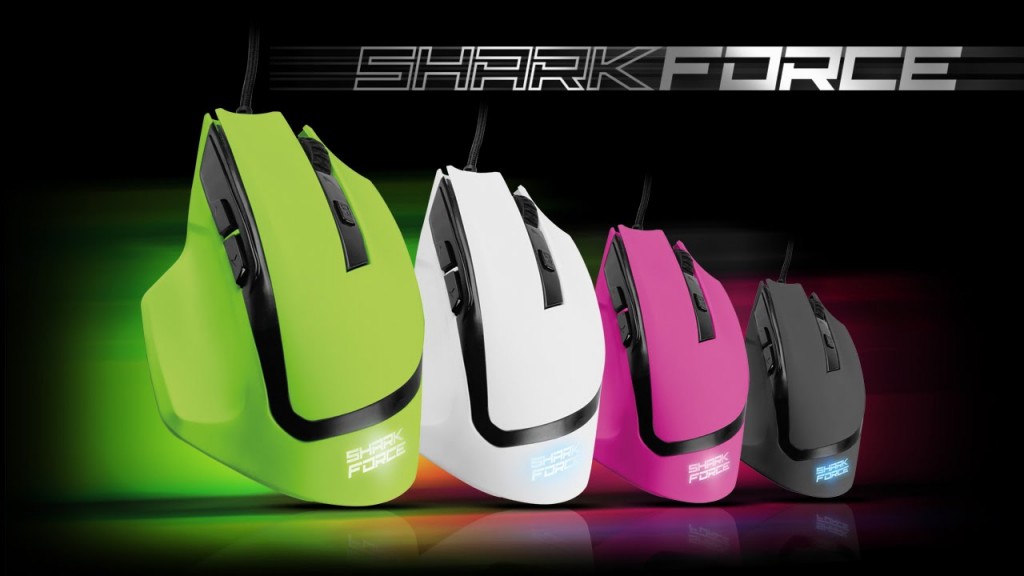 The Shark Force comes in 4 different colors, Pink, Green, White and Black. At first glance You would not expect it to only costs $20. It looks so much cooler than my first mouse I bought for that price.

It has a thumb rest with 2 thumb buttons. A 3 level DPI button switching between 600, 1 000 and 1 600 DPI. The scroll wheel I practically like, the front is open which we don’t see a lot. The scroll wheel has a nice grip and a decent spin to it. The palm rest has a LED lit Shark Force logo that looks very nice. 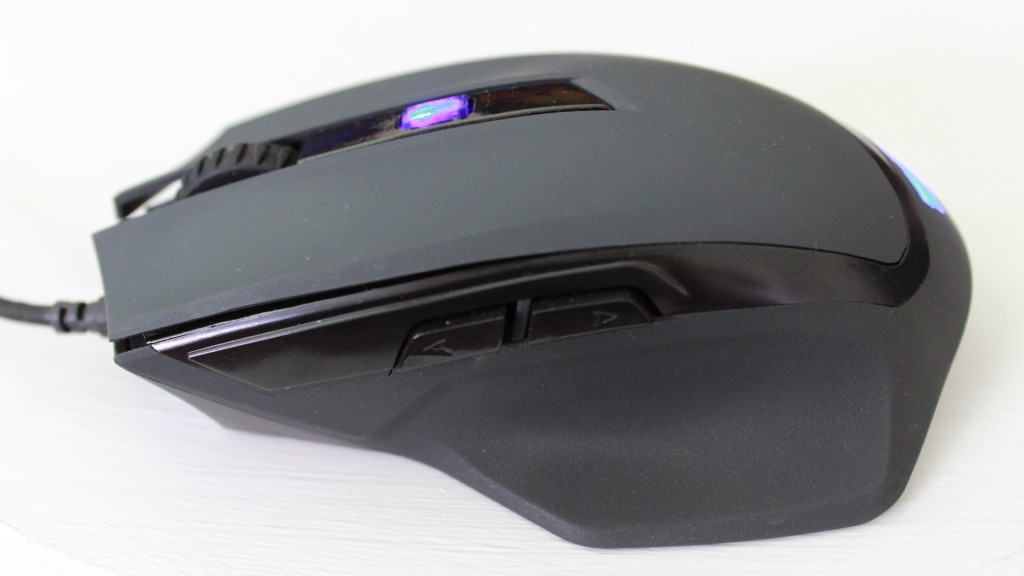 The mouse has a PixArt PAN3509DH-TXWA Optical sensor and weighs 120 grams. The cable is braided and 1.8 Meters long with a gold plated USB connector.

After using the Shark Force for a few hours I only had one think I didn’t like. There was no pinkie rest, the side of the mouse just drops. Which led to my pinkie just dragging along on the mouse mate. The sensor was pretty good, keeping in mind it only cost $20. The thumb rest I really liked it was just big enough for my thumb and the thumb buttons stands out quite a bit so I could feel easily. I never really used the buttons before but now I constantly press them to go forwards and backwards in folders and on Chrome. Like a said before the mouse scroll wheel is very nice and the left and right mouse buttons has a satisfying click to them.

There is no software for this mouse which I like. You can take it anywhere, plug it in and it will work. 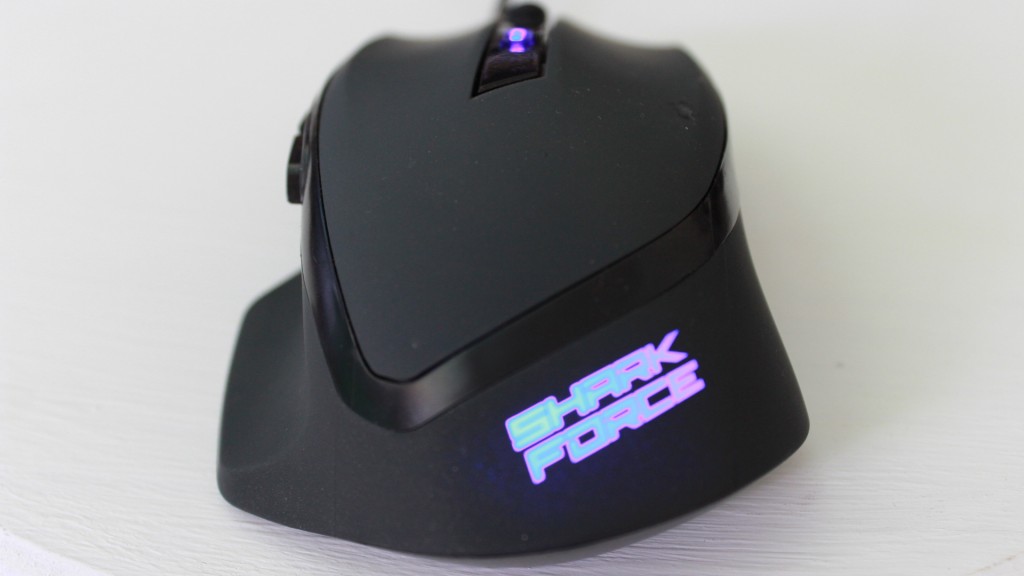 Finally what do I think of the Sharkoon Shark Force? It is an awesome mouse for somebody who doesn’t want to spend a lot on a mouse. It has all the necessary features and looks cool as well.

I would have loved to have this mouse when I was younger and didn’t have a lot of money to spend on one. Just like the Sharkoon Rush Core headphones the Shark Force is a great peripheral to start out with and even if you just want a good cheap mouse to do whatever with.

What do you think?

Browse and manage your votes from your Member Profile Page

There are no users currently online

Back to Top
Close Create