We finally have a RX 6800 to test!  Thanks to ASUS for sending over this STRIX RX 6800. So we have had multiple discussions here at the studio about these GPU’s, especially the whole team green VS team red debacle. Some of us believe that AMD has finally been able to conquer NVIDIA in the GPU segment as they mostly did now in the CPU segment against INTEL with ZEN 3.

Now to understand where our $580 would go let’s first see what the RX 6800 has to offer on the spec side. So base clock speed is 1700MHZ, boosted clock speed is 2105MHz. That’s quite high, but the core clock isn’t everything. It also has 60 Ray cores, now this is the first time we see ray tracing technology in an AMD card, which is very exciting. The RX 6800 has 3840 shader cores and last but not least 16GB of GDDR6 memory.

Okay so specs wise this does pack quite a punch. Especially the very nice 16GB of memory, that does push the advantage into the RX 6800 side over the 3070. Or does it?

But before we get into the benchmarks let’s quickly take a look at the design of this STRIX RX 6800. We have seen the new design before and all of us here agree that so far the new STRIX is just the best looking card on the market right now. The sharp black and silver angular fan shroud is gorgeous. Plus they managed to jam a tone of RGB in there, made it look good, and smooth for that matter, with no hotspots either. The extra touch of making the RGB shine onto the three fans was a very nice addition too. Then the backplate, good golly, this is probably one of my favorite features of the new STRIX. The almost two part style is brilliant! You get the main part which is over almost 80% of the back and then the silver part with the ROG eye printed on it. It’s probably one of the only cards that doesn’t need to be vertical mounted.

So for our benchmarks we only tested in 1440p and 4K as those are the 2 resolutions that’s becoming more and more popular.

Our first game we will  take a look at is the all new AC valhalla, unfortunately we have not been able to test a 3070 on this game yet only a 3060 Ti so we will have to use that as our reference.

Control was our second Ray tracing title, Lets see if the results will be any different here for the RX 6800. On rasterized tests the RX 6800 again did very well beating the 3070 on 1440p, but with ray tracing enabled it fell last actually doing worse than the RTX 2080 super. In 4K again rasterized tests beating the 3070, but unfortunately the same end results with RT on.

Our third raytracing test was wolfenstein youngblood, but that unfortunately hasn’t been updated for the vulkan ray tracing as of yet so we had to do rasterized tests only. Luckily for the RX 6800 it seems it does very well in these tests. Easily beating the 3070 in 1440p and 4K

So we can see that the RX 6800 is pure raw performance, and beats the 3070 on most rasterized games, actually coming very close to the 3080 sometimes. But it does fall short when it comes to raytracing. The thing is, this is the first time AMD has introduced ray tracing in their cards so I don’t blame them for struggling. NVIDIA has the major advantage of it being their second RT generation and also having DLSS.

The incoming AMD FidelityFX super resolution technology might be some sort of saving grace for AMD users, but then again I don’t have much hope for that in the start. It might get better as it goes  along and improves, but just as DLSS was super bad in the beginning I do feel the same fate will hit AMD.

Don’t get me wrong this card is phenomenal when it comes to rasterized rendering, so for the majority of gamers who don’t really care that much about ray tracing yet, this is a very good option to go for.

But the thing is, this is more expensive than a RTX 3070 and to be honest the 3070 does offer more. NVIDIA does have a working base for DLSS 2.0 pushing the FPS up even more. It does help with ray tracing titles if that’s your thing as well. Even if you didn’t care about RT or DLSS the compute AI chip in the NVIDIA cards does offer other advantages as well. Like NVIDIA’s broadcast engine which does a lot for streamers, from cancelling out background noise and virtual backgrounds without the use of a green screen.

AMD does not have any of those things yet. We don’t know it might have something to compete with in the future. If AMD brought this out for a little bit cheaper than the 3070 it would’ve been an easier choice to go for. But then again that’s just me. The 16 GB of VRAM on the RX 6800 is very good for future proofing and the pure raw performance is brilliant, I wouldn’t use the RT feature on the card though not on 1440p or 4K.

But it all comes down to what you use, if you don’t like RT or DLSS and don’t stream then none of NVIDIA’s tech will come as an advantage to you. If pure FPS is your thing then the RX 6800 is the card to go for. Honestly it all doesn’t matter to us that much, the only thing it boils down to is competition. At the end of the day competition between brands is ultimately an advantage to all consumers. Either getting better products or getting products at better prices. 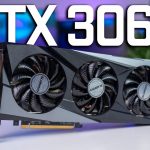 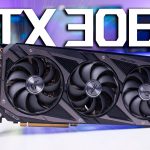