So recently we had a look at some of Corsairs best selling wireless headsets and the key differences between them. We compared The Corsair HS70 Pro priced at $92 and the Void RGB Elite Wireless priced at $100. We also compared them against the more premium $190 Virtuoso RGB wireless SE just to see how well they hold up. But keep in mind it’s not the most fair comparison as it is 3 times the price. This was mostly to help you make an informed decision when considering any of the above as your daily gaming headset. This won’t be a full review but more of a comparison.

The Virtuoso SE has the overall best build quality with a mostly aluminum body, also making it the heaviest of the three. This combined with the Scratch resistant rubberized plastic accents make it feel quite solid. The Virtuoso also has the most flexible headband which I don’t believe would snap very easily.

Next would be the Void Elite, with a very well balanced and light weight build consisting mostly of plastic with snug metal hinges and a decent overall feel. The headband has quite a bit of flex with extension options that have a satisfying click when adjusted.

And in Last Place would be the HS70 Pro which is mostly the same rubberized plastic as the Virtuoso but with quite a lot less metal in the construction focusing mostly on the high stress areas such as the hinges and headband. The overall construction is still pretty good with the only main downside being that there isn’t much swivel in the ear cups.

My overall favorite in regards to build quality is the Virtuoso with the Void Elite second mostly because of limited mobility and thin construction of the swivels on the HS70 Pros.

The Virtuoso SE has a soft memory foam on the headband and ear cups all wrapped in a smooth PU leather material. The clamping pressure isn’t too hard but when combined with the overall weight can start getting uncomfortable after a few hours of continuous use.

Next would be the HS70 Pro with probably the strongest clamping pressure of the three, luckily it is pretty light weight and has the same PU leather ear cups however the pressure can get uncomfortable after some time, with it beginning to hurt my jaw after a few hours of use.

And lastly is the Void RGB Elite with a nice breathable mesh fabric covering the memory foam ear cups, these also have the lightest clamping pressure of the three which is more comfortable long term especially when combined with the angular ear cups. But the lower clamping pressure isn’t for everyone, it does sometimes feel like they could fall off especially with any excessive movement.

The overall most comfortable would have to be the Virtuoso SE with the Void Elite in close second only missing out due to low the clamping pressure that sits too loose making the headset feel like it’s going to fall off at times. However what you find more comfortable may differ as we all had a different favorite when testing the headsets.

Looking at connectivity all three come with a USB receiver for wireless connectivity that all kept connection with no issues up to 15m, and this also isn’t the maximum its just as far as we tested. With the Virtuoso being the only ones that support a wired connection over USB type-C as well as Auxiliary input. They are all wirelessly compatible with both PC and PlayStation 4, But the virtual 7.1 Surround sound only works through the ICUE software so is only available on PC. For most cases this section is a draw with the Virtuoso SE only having the slight advantage of being able to run wired.

All of these headsets feature 50mm drivers with the main difference being how they are tuned, causing differences in the sound reproduction of each individual headset. All of the headsets were tested using the same equalizer presets just to keep testing standardized.

The Void Elite is more focused towards the high frequencies with very little bass, The HS70 Pro has the best low end of the three and the Virtuoso is the best balanced with the better quality speakers and higher frequency response range.

Due to all three headsets using the ICUE software to handle the virtual 7.1 surround sound I personally feel they are very similar, however the Void Elite does seem to lose some of the footsteps in game most likely to the slight lack of bass.

Personally I believe the Virtuosos to have the best overall audio quality especially when wired as the frequency response range can reach up to 40kHz making them great for editing or listening to music as well. With the HS70 Pro in close second because it has the best overall bass reproduction of the three.

If you’re planning on using these around others then the amount of sound bleed is important.

The Virtuoso SE has the overall best sound isolation letting almost no audio out. The HS70 Pro has a hard time isolating high notes especially at max volume as the seal isn’t as good. This is probably the section where the Void Elites Perform the worst, the low clamping pressure and mesh fabric don’t make a great seal meaning anyone around you will probably hear what you can pretty clearly.

Another important factor when choosing a gaming headset is microphone quality, Your team needs to be able to hear you properly. Communication can be the deciding factor that costs you the game (other than skill).

But this is where it gets a little strange for the Virtuoso SE having probably the clearest microphone I’ve ever heard on a headset… but only in wired mode, Quickly dropping in quality when connected wirelessly.

The Void Elites have a pretty well balanced microphone placing them in a solid second place.

The HS70 Pro come in last with a very tinny microphone, most likely because it is the only one of the three with a unidirectional microphone, it’s definitely good enough for gaming but I wouldn’t recommend it as your main audio source when streaming.

As a nice bonus both the HS70 Pro and Virtuoso SE feature a detachable microphone which is an appreciated feature especially when the microphone is not needed. Whereas the Void Elite has the added lift to mute feature built in but its always there.

How long will your wireless headset stay wireless? We tested the headsets with RGB off where applicable to make it as fair as possible, the virtuosos lasted the longest at about 18 hours of use due to both the larger battery as well as the automatic sleep mode, The Voids and the HS70 Pros came in equal at about 12 hours. Which in all three cases is more than enough for at least a couple pretty long gaming sessions between charges, worst case scenario all three headsets can be used while charging so you’ll never be without sound. But do keep in mind that battery life will decrease over time and charges will become more frequent with age.

And the winner is…

My personal choice would be the HS70 Pro. The main reason being value for money, Its generally a good headset all around. beating out the Void Pros in most situations, it’s the cheaper option and in my opinion looks better. Technically speaking the Virtuoso SE was the best headset but at three times the price I personally don’t really think its justifiable.

In conclusion each of these headsets are better equipped for different situations and it all comes down to personal preference in the end. but hopefully this will help you make an informed decision on which would be the right fit for you. 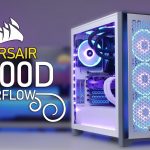 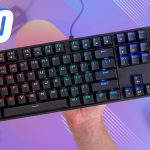